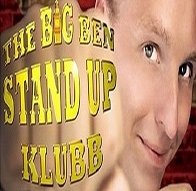 The legendary standup club BIG BEN STAND UP has been running every week non-stop for 18 years. The club is one of Stockholm's oldest standup clubs and is known for having the best comedians in Sweden on stage.

At Södermalm in Stockholm, Big Ben offers everything from comedians making their debut to popular comedians who are known throughout Sweden.

Magnus Betnér, Henrik Schyffert, Petra Mede, Björn Gustafsson, Kodjo Akolor and Al Pitcher are just some of the comedians who have often stood on this historic stage. When the stars are not out touring, filming for film or TV, this is the club they hang out at.

BIG BEN STAND UP is both the perfect pre-party and the perfect first date, or just an evening of laughter to recharge the batteries. The show runs for about two hours with a 15-minute break in the middle. After the show, the evening can continue with a party in the restaurant area with a large selection of fantastic cocktails and drinks. On the weekends we top off the evenings, with a nightclub and various DJs, until well into the wee hours.

Every Thursday is INTERNATIONAL.

"Big Ben Stand Up has for long been one of Sweden's most influential standup clubs."

"Big names go here to experience new material. Lesser comedians go here to build a reputation. The club, which has existed for eighteen years, is housed in the basement of the restaurant of the same name. Many comedians have at some point started their careers at Big Ben Stand Up"
8 aug, 2022

"I just absolutely love this place. There is always a comedian every time who makes you laugh so hard you cry. Can not get any better!"

"This was my first time at Big Ben stand-up. I had no expectations. It was the most fun I've ever been a part of. I will definitely be back"